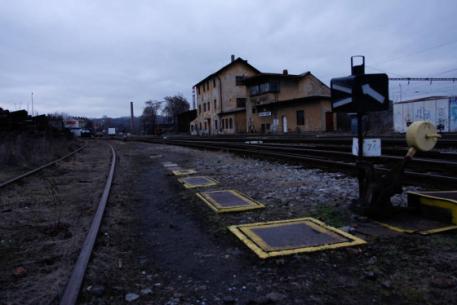 Station Praha - Bubny Zátory is the first stop on the Buštěhradská route from Masaryk Station. It leads further to Stromovka park and offers a beautiful view towards the opposite Zizkov hill. The operation of the depot, workshops and shed had to lighten the depot at the Masaryk Station. Capacity of the station was up to 140 cars. In 2000 the operation of the Station was terminated. Towards the city center is the Negrelli viaduct. The station was dispatched during the Second World War for transports of Jews to the concentration camps. Station is almost abandoned and slowly covered with self-seeding trees. Pigeons, magpies, crows. The landowner is Orco Developers comp.