< Gabo Zelenay in Basel Ventilator inside the Vinohrady Hospital Complex > 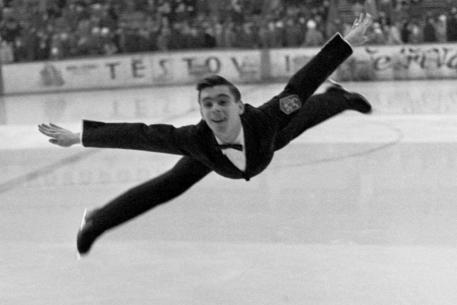 Nepela and Zelenay in Sapporo

Ondrej Nepela (1951 – 1989) was a Slovak figure skater. He represented Czechoslovakia and became the 1972 Olympic champion, a three-time World champion (1971–73), and a five-time European champion (1969–73). Later in his career he became professional and worked as a coach. His victory in Sapporo Olympic Games (1972) is interpreted by the fabulous Gabo Zelenay, and followed by majority of Czechoslovak nation on TV monitors. (from the archive).