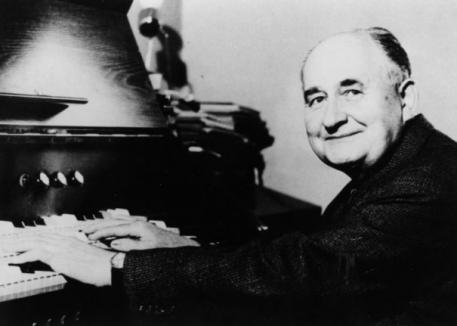 Alois Hába has become one of those composers more often read about for his musical ideas than experience in sound. Hába’s father was a leader of a local folk music and dance band, and Alois and his brother Karel (1898 – 1972) played in it at an early age. Hába read a newspaper account of a speech given in Vienna on the idea of “quarter tone” music, in which the usual half-step would itself be cut in half, yielding a 24-note scale and many new musical intervals and chords. He wrote a Suite for string orchestra (1917), his first quarter-tone composition. He was not the first composer to use these micro-intervals (or microtones); but was the first to make mictrotones a basic element of his style. He also began centering the tonality of his music on an idea of a polarity of tones (a hierarchical relationship of tones to a central tone rather than a scale).