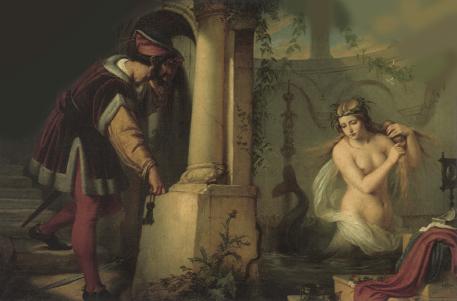 A story about Meluzina in Norma

In the countryside on Christmas Eve people used to throw a handful of flour into the air for Meluzina , or pour flour into a bowl on the doorstep. It was said that it would calm her lament, because she would have something to feed her hungry and cold children, who were flying with her somewhere in the air. People also offered flour and a piece of bread to the wind god Stribog, because it was believed that the powers of heaven would help with the harvest the following year, with enough snow and rain to secure a good harvest. Meluzina was the daughter of a man and a fairy, they said she has a snake's tail at times and her husband was not allowed to see her in this form. Maybe there could be some Melusines in the supermarkets behind the cash registers, their lower part of body is always hidden.